Breakfast in Estonia is usually composed of bread, cold meat, and cheese. 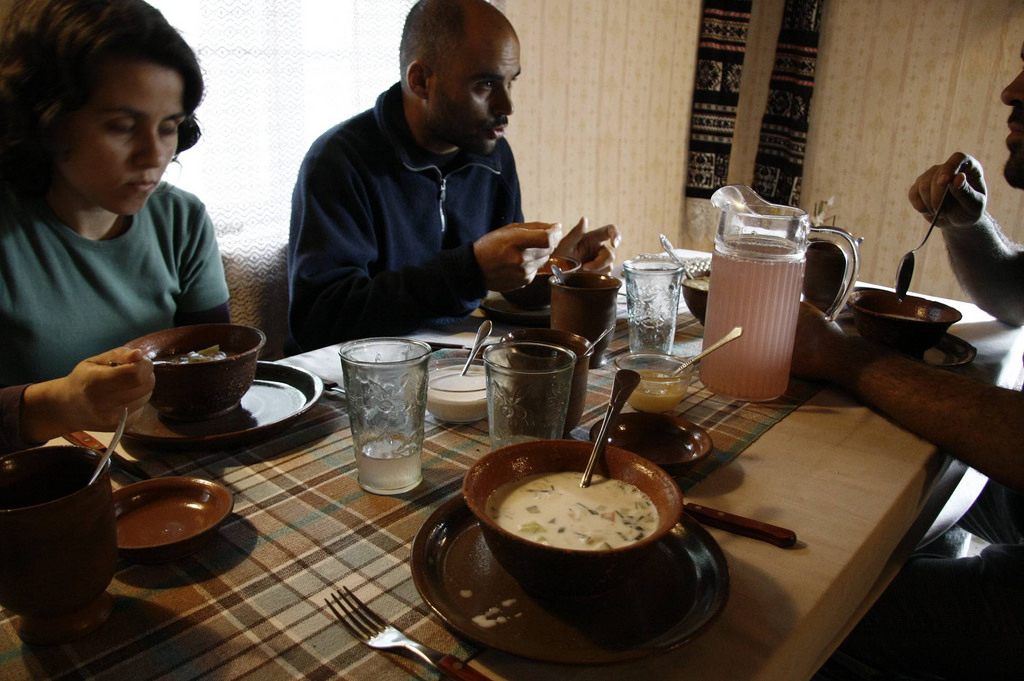 The afternoon meal in Estonia often includes a hot dish, like vegetable soup thickened with yogurt or cream. 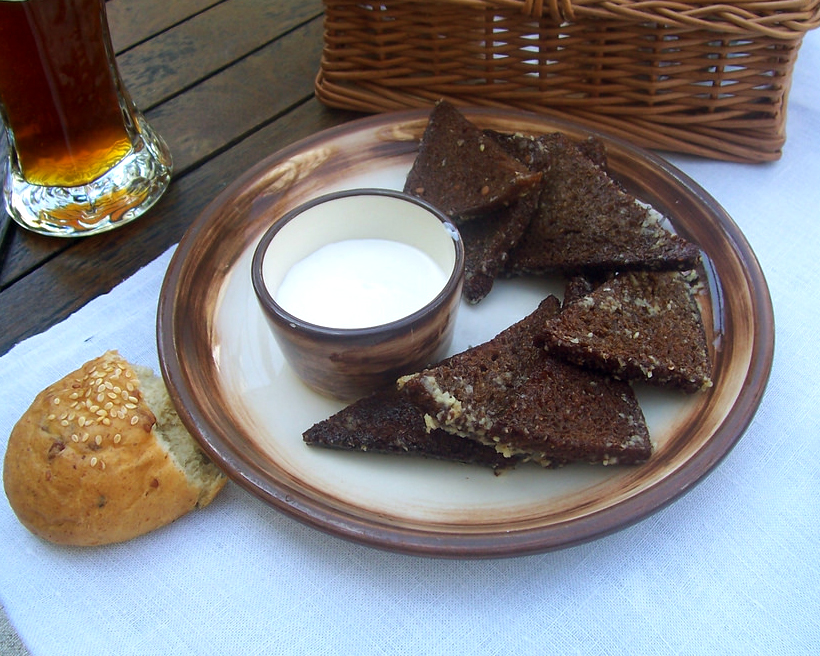 The most typical snack is a thick slice of black bread with butter.

Breakfast in Estonia is usually composed of bread, cold meat, and cheese, often eaten together as a sandwich. Some Estonians also eat porridge made from groats and potatoes. The black rye bread that is eaten daily in Estonia is heavy and hearty, and, like many Estonian cheeses, may contain small seeds.

Also eaten with a hearty serving of bread, the afternoon meal in Estonia often includes a hot dish like meat or vegetable soup. Some Estonian soups are thickened with yogurt or cream. Potatoes are frequently included in soups and stews, or served as a vegetable accompaniment.

Although sweet kohuke curd cakes are common in Estonia, the most typical snack is a thick slice of black bread with butter.

Estonian families don't necessarily eat dinner together every night, as adults often have to work late. Family dinners are more common over the weekend. Large Estonian dinners are served in several separate courses. The first is a cold course, often including sausages, smoked or marinated eel or other seafood, meat pastries called pirukad, potato salad, or a unique Estonian beetroot, potato, and herring salad called rosolje. The main course can be a meat dish, fish (local sprat, perch, pike, herring, or flounder), or soup.

One of the unique desserts eaten in Estonia is leivasupp, a sweet soup made of apples, seasoned with sugar and cinnamon, and served with sour or whipped cream and black bread. Other popular Estonian desserts include kissell, a sweet, viscous fruit dish thickened with corn or potato starch, fruit kompott (compote), rhubarb pie, and kringel, a sweet bread flavored with cardamom.